Beginner’s Guide To League Of Legends 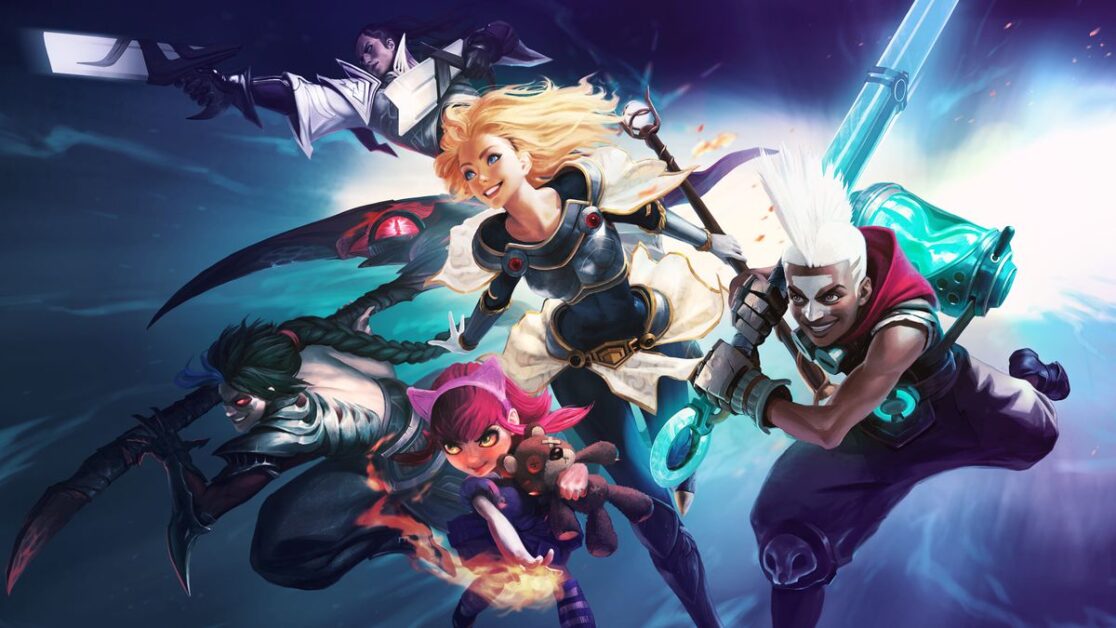 Beginner’s Guide To League Of Legends

League of Legends is a massive game with many details both big and small that affect how you play the game. While this beginner’s guide to League of Legends will in no way make you a pro, it’s at least a good starting point for you to improve and understand the game a little more. These tips are in no specific order as only through improvements in all areas will you really see yourself be able to climb. So let’s get into it!

Your creep score or more commonly called “csing” is vastly important in League of Legends. Csing is your biggest source of gold and simply by csing well or at least better than your opponent your chances of winning go up immensely. Each champion’s csing will be a little different as base damages range throughout. So champions may even use their abilities to cs. For the most part, this just takes practice. I recommend going into a custom game by yourself and try and get every cs you can. The average cs/min for silver players is 5.12 for now this should be your goal. Remember every champion is different and missing a minion isn’t the end of the world.

Your champion pool is also a huge deal when getting started. It is really easy to want to play every champion in the game but you also have to remember there are 152 champions in the game with Riot regularly adding new ones. It is however important to try different types of champions to better understand what play style you like. Once you’ve found that playstyle it is recommended to find and focus on 3-5 champions. This will allow you to get to know your champions and allow you to focus on some of the other basic skills such as Csing.

Vision control is another huge part of climbing the ranks. While warding is mainly done by supports that doesn’t mean it all falls on the support for good vision control. Pink wards are vital to controlling areas of the map and setting up objectives. The sweeper trinket is also very useful to be used by most of your team to clear out enemy vison.

Vision control however is not only useful in the late game but also early. Early game every laner will need to ward to protect themselves from a jungle gank. While vision control can be difficult when starting out it is vital to learn early. As they always say it’s hard to teach an old dog new tricks.

Map awareness is a key strategic part of the game that even veterans struggle with. The map actually has quite of bit of information and can be hard to truly understand when you’re first starting off. It would be a good idea to try and get to know what and how the mini-map can be utilized. Timers for jungle camps are massively useful and can give you an idea of where the junglers may be on the map. As well as timers for bigger things such as Dragon and Baron. With time you will feel more comfortable using the map to your advantage as of now focus on slowly trying to take in the information even without using it.

While hopefully, this won’t be as big of a problem going forward into season 11 as Riot has said they’re going to be cracking down on the toxicity it’s still a good idea to mention it. Sadly there is quite the stigma of League having a toxic community and from what I’ve seen in my many years playing the game people aren’t wrong.

While reporting is a good way to hopefully weed out the toxic people that doesn’t always help you within the game. The best way to go about dealing with toxicity is simply not allowing it. At the first sign of someone being toxic just mute them. Not everyone in life wants to get along and that’s ok but you also shouldn’t have to deal with their toxicity either.

Next up we have key binds. Key binds being important is not exclusive with League. You want to be the most comfortable with a game you can be, while many of the default key binds seem to work pretty well it’s still all about comfort. While you can look up what some pro players use or your favorite streamer there is no “right” answer here. Just find what works best for you!

Counter picks are one of the biggest reasons you need to have a decent-sized champion pool. While counter picks are not necessarily needed they can help you climb a lot. Although this will later come more down the line naturally as you gain more knowledge about most champions there are plenty of ways to find counters using certain websites or apps. With that being said it is also important to know why and how a champion counters another. Even if you have a good matchup you can still lose if you don’t know how to exploit the enemy champion.

Team fights are a huge part of League of Legends so knowing how to maneuver them is a must. First we take it back to champion pool, you need to understand your role and how to position in a team fight. If you’re more of a supportive character you should do your best to peel for carries while carries need to know when they can step up and when they can’t.

Understanding your role will come with time and knowledge of your champion. Like with many things in League experience is your best bet. As a general rule of thumb most supports either provide engage and cc or damage and shields. While Mid lane often provides high burst damage. Top and Jungle can vary quite a bit so they are harder to pin down. Bottom on the other hand is often range and expect to be auto attacking as much as they can.

Knowing who to target is also very vital to team fighting. Obviously targeting the people with the most damage should be your first option. That isn’t always a safe thing to do though. As a carry if you never want to put yourself in a position to be taking to much damage. This is why you will often see Bottom carries position further back in team fights and attacking the tanks.

Remember to try and coordinate with your team so you all know what the best course of action will likely be. If you have to peel back your whole team will need to help. While if you have an assassin you will want to look for good flanks to catch the enemy carries off guard.

Finally have fun! League of Legends can truly be a fun game to play with friends. It’s important to remember you’re playing a game and are there to enjoy yourself. To many people get caught up in trying to climb and ranking up that is causes them to maybe not really enjoy the act of playing. There is plenty to learn along the way as you play both in game and out but one thing will always stand true, if you’re playing to have fun the experience is almost always better!

Beginner’s Guide To League of Legends

Overall we really hope our Beginner’s Guide To League of Legends will be helpful for you. The game seems to never stop growing and has fans all over the world. You too can become a fan, player, and enjoyer of the game. If you want to check out any of our lol esports news.

Let us know if our guide has helped you and good luck to you on the rift.