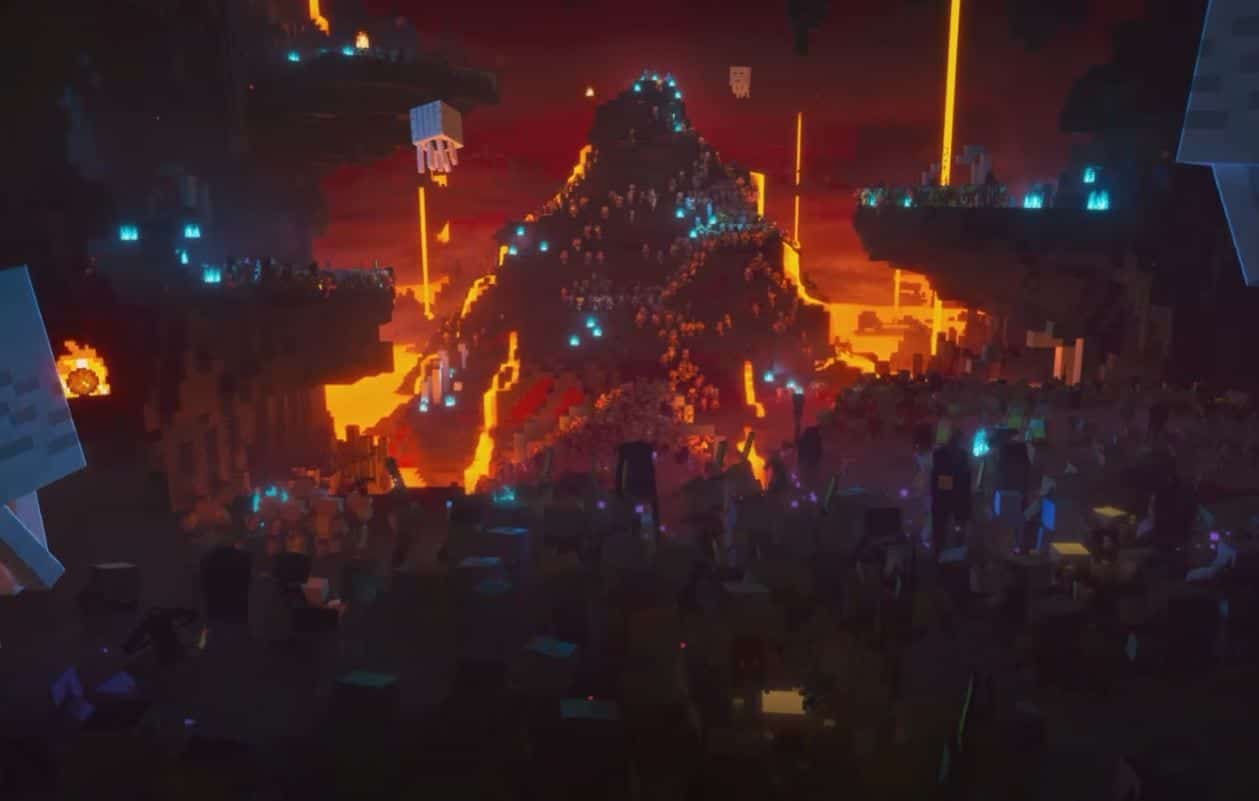 The Nether was once a realm riddled with adventure and curiosity for many Minecrafters. Over time, it’s kind of lost its appeal and ended up being a place not many people ventured in to.

The Nether update brings with it four colorful new Nether biomes, new creatures and residents, new flora, and many other exciting updates.

You’ll want to gather your friends or venture solo into the recently rejuvenated hellish landscape to see what’s new.

To get to the Nether, you’ll have to make an obsidian portal. Before, the Nether was mostly used to fight NPC fortresses and get some tasty loot.

Oh yeah, the Piglin call this place home, too. This pigmen NPC civiilzaiton don’t particularly like you unless you’re wearing gold armor.

Not to mention, massive lavawalking Striders reside in this realm. Rumor has it you can even ride them with a saddle!

As an introduction to the freshly-revamped Nether, Mojang gave us a free adventure map, Way of The Nether. This map sends gives the player the duty to rescue a lost mayor.

Nether A Better Time To Play