Oculus Quest 2 On The Horizon 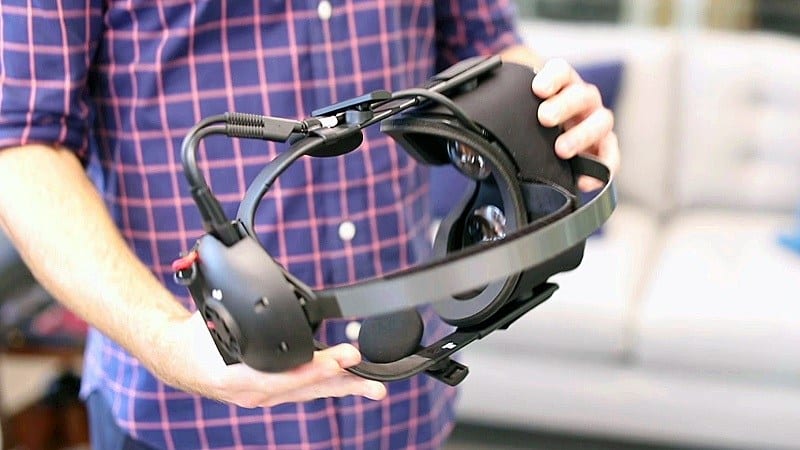 Facebook is reportedly working on a next-gen VR headset with a possibility of new controllers, too. While the Oculus Rift S and Oculus Go are still going strong, Bloomberg reports the Oculus Quest 2 will be harder, better, faster, stronger. Well, by “harder” we mean lighter.

Multiple versions of the Oculus Quest 2 are being worked on. We’re guessing each version will play into a niche from budget-friendly to enthusiast.

Although the original Quest was groundbreaking it didn’t come without its flaws. We’re hoping the Oculus Quest 2 is apparently being tested with 120Hz refresh rates. That would double the refresh rate of the current Quest.

From my experience owning a Rift and Rift S, 90Hz is where VR games start to feel really smooth and realistic. If the new Quest headset is able to hit 90Hz+ I would be thrilled.

It’s very likely the new Quest will have an updated Snapdragon processor to handle for more of that computing power and graphical fidelity goodness.

Alongside the optics, it’s pretty universally agreed upon that one of the best aspects of the original Oculus Quest is the controllers. However, that doesn’t mean there isn’t room for improvement. We highly anticipate new features including complete finger tracking. (hype!)

We’re also hoping for improved battery life and ergonomics. Finger tracking would be a huge improvement that could change the game play of Oculus Quest games for the better.

If you’re anywhere as passionate about VR as we are, you’re eagerly awaiting new Oculus products. There’s a very real possibility the Oculus Quest 2 is around the corner featuring 90Hz+ refresh rates, better optics, processing power, and controllers. If Oculus can pull all of this off at reasonable price point I’m absolutely getting one ASAP. Let us know what you all think in the comments below!